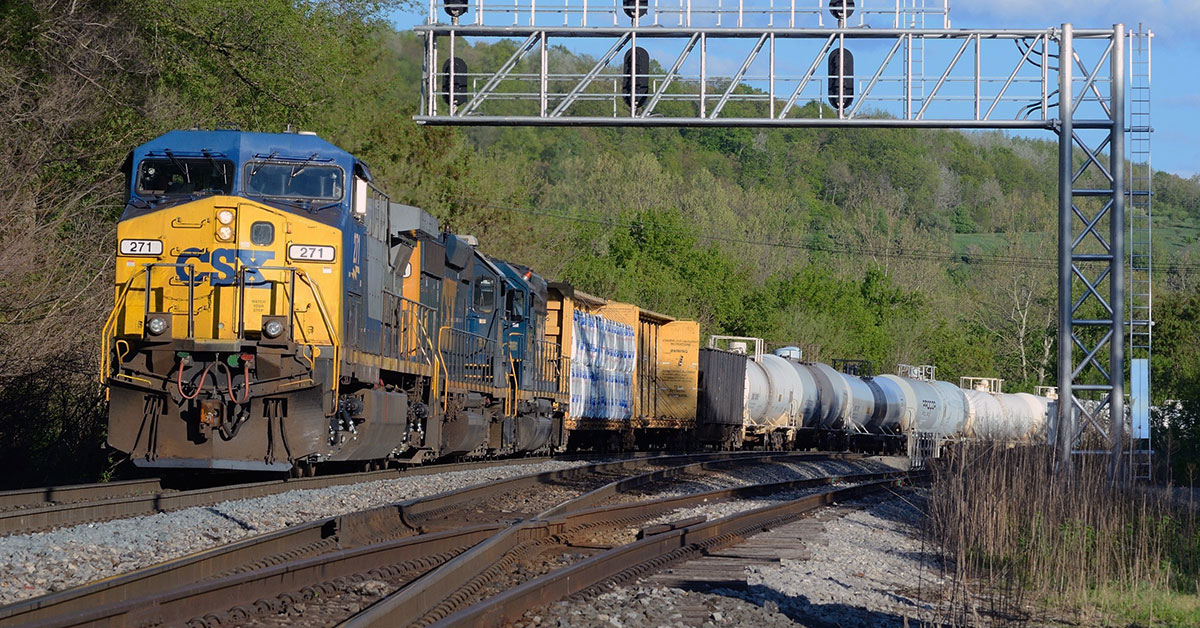 “We are excited to partner with Wabtec on advanced solutions that will transform our fleet while improving our carbon footprint,” said Jamie Boychuk, CSX executive vice-president of operations. “By modernizing our fleet and implementing the new Trip Optimizer Zero-to-Zero, Wabtec’s sustainable technologies will help CSX achieve our climate goals.”

An early adopter of digital rail technologies, CSX will be the first railroad to put into demonstration Wabtec’s Trip Optimizer Zero-to-Zero system, an advanced technology that will allow CSX to start a train from zero mph and stop the train automatically using various controls. This technology builds on Trip Optimizer’s proven performance, which has saved railroads more than 400 million gallons of fuel since its inception and reduces CO2 emissions by over 500,000 tons per year.

CSX will also revitalize its yard fleet with the first order for Wabtec’s Tier 4 switcher modernization program, which provides an additional 20 percent improvement in fuel efficiency and 90 percent reduction in emissions. This new program upgrades 40-50 year old locomotives and Tier 0 non-emission switcher locomotives to the latest Wabtec Tier 4 platform. This technology is the only Tier 4 solution on the market today that does not require a urea after-treatment system, and each repowered locomotive will eliminate up to 90 tons of CO2 and 7 tons of NOx reduction per year.

Finally, the railroad will modernize locomotives across their fleet with Wabtec’s new FDL Advantage engine upgrade, which provides up to an additional five percent reduction in fuel consumption through a high-pressure common rail fuel system offering improved injection control. These modernizations are reducing the carbon footprint by as much as 250 tons of CO2 per locomotive per year.

“These solutions will enable CSX to maximize the full potential of its fleet both from an environmental and financial perspective,” said Gina Trombley, Wabtec’s Senior Vice President of Sales and Marketing. “We’re helping CSX build upon these benefits by improving customer service and asset utilization with new, enhanced features to our modernization programs and Trip Optimizer Zero-to-Zero.”

CSX, based in Jacksonville, Florida, is a premier transportation company. It provides rail, intermodal and rail-to-truck transload services and solutions to customers across a broad array of markets, including energy, industrial, construction, agricultural, and consumer products. For nearly 200 years, CSX has played a critical role in the nation’s economic expansion and industrial development. Its network connects every major metropolitan area in the eastern United States, where nearly two-thirds of the nation’s population resides. It also links more than 230 short-line railroads and more than 70 ocean, river and lake ports with major population centers and farming towns alike. More information about CSX Corporation and its subsidiaries is available at www.csx.com. Like us on Facebook (http://facebook.com/OfficialCSX) and follow us on Twitter (http://twitter.com/CSX).