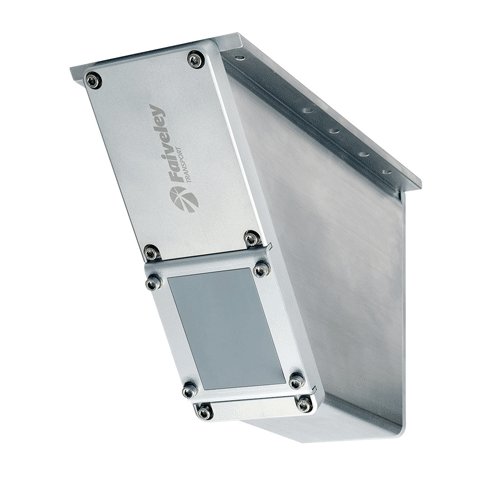 Highest accuracy & availability for all trains and all track beds:

The radar measures vehicle speed over ground by applying the Doppler-Fizeau effect. It emits a 24 GHz microwave that is reflected on the ground. The Doppler effect causes a frequency shift between the transmitted and the received waves, which is proportional to the speed and dependent upon the angle between the speed vector and the direction of the antenna’s radiation

In order to ensure a high accuracy of the measurement on train, the radar is equipped with a high-accuracy 3-D inclinometer. At the radar setup on the train, a calibration is initiated by the maintainer. Then, the radar AIC compensates the angles in order to have the true speed value.

The Radar AIC uses patch antenna technology and a genuine mathematic algorithm processed by a digital signal processor to improve the speed measurement on various types of ground. The Radar AIC has been specifically designed for ballast and smooth grounds, such as asphalt or concrete. This improved design ensures a high availability of the measurement even when the ground is humid.

For the fastest response time, please fill out the contact form.

If you prefer to contact us directly, email info [dot] safety [at] wabtec [dot] com