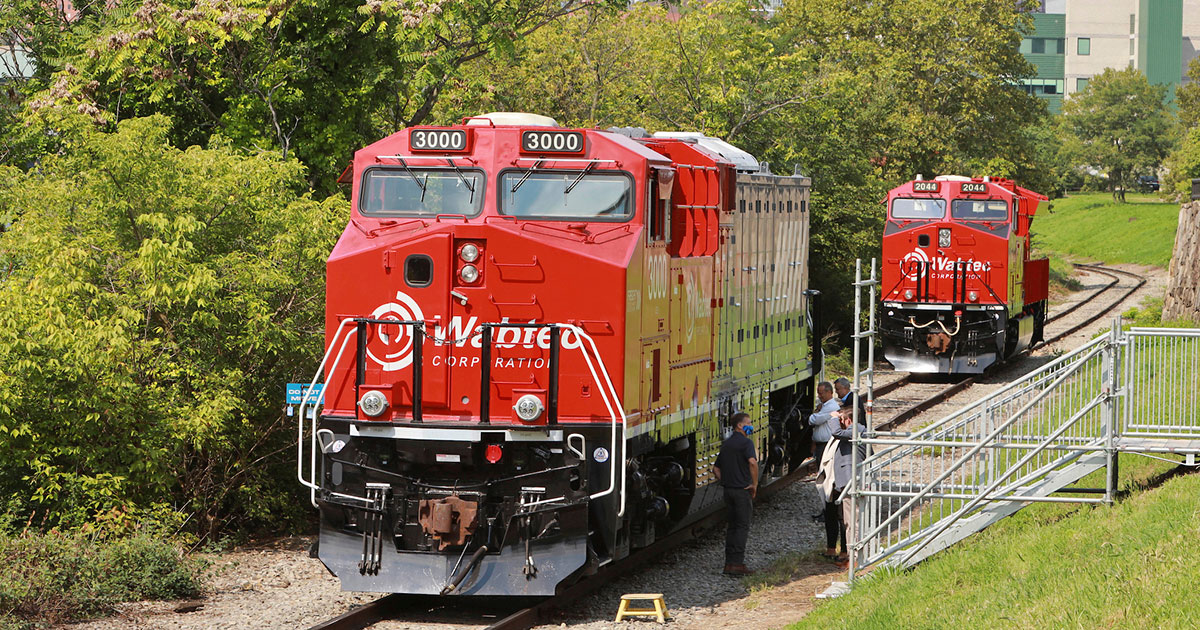 “We are committed to transforming the next generation of transportation by adopting advanced technologies that improve energy efficiency, lower operating costs and improve our rail and mining network,” said Gerhard Veldsman, CEO of Roy Hill. “The FLXdrive locomotive will be the first for the region and the first for the mining industry and will improve our rail operations from the mine to Port Hedland.”

Roy Hill will receive the newest version of the FLXdrive battery-electric locomotive in 2023 with an energy capacity of 7 megawatt hours (MWh). It is an upgrade from the 2.4-MWh prototype that was successfully tested in revenue service with a Class 1 railroad in the United States earlier this year. Based on the route and Roy Hill’s rail operations, the FLXdrive is anticipated to reduce the company’s fuel costs and emissions in percentage by double digits per train. The ongoing use of the FLXdrive will also reduce ongoing operational costs through maintenance spend.

“Our analysis with Wabtec confirms the FLXdrive locomotive is ideally suited for our rail network,” said Simon Pascoe, General Manager of Engineering for Roy Hill. “It has the horsepower to operate in a heavy haul train consist pulling loaded wagons with 35,000 tonnes of iron ore, while at the same time reducing the entire train’s fuel consumption. The FLXdrive also is designed to function in the extreme heat of the Pilbara region.”

Today, Roy Hill uses four Wabtec ES44ACi “Evolution Series” diesel-electric locomotives in a consist to pull trains that are typically 2,700 meters (1.6 miles) in length. The FLXdrive will replace one of the diesel locomotives to form a hybrid consist, and recharge during the trip through regenerative braking. The FLXdrive manages the overall train energy flow and distribution through its Trip Optimizer system, an intelligent cruise control system programmed through artificial intelligence to respond to every curve and grade of the track in the most energy-efficient way possible. It is also designed with a special liquid cooling system to withstand the Pilbara heat, where temperatures can reach 55°C (130°F).

“This order demonstrates Roy Hill’s progressive and forward-thinking approach to the mining industry,” said Wendy McMillan, Regional Senior Vice President Australia and New Zealand for Wabtec. “By adopting this revolutionary technology in region, Roy Hill is pioneering new approaches to its operations that will benefit the company’s bottom line. The FLXdrive is a continuation of our growing partnership and shared vision to bring more efficient solutions to mining and rail industries.”

Wabtec’s goal is to develop the next generation of zero-emission locomotives. The company has a clear path to power new locomotives – and repower existing locomotives – with batteries, hydrogen internal combustion engines, and hydrogen fuel cells. It is part of Wabtec’s vision for the rail industry to play a key role in building a clean energy economy and will enable the reduction of up to 300 million tons of global carbon emissions.

“Controlling emissions is critical in the fight against climate change,” said Rogerio Mendonca, President of Freight Equipment for Wabtec. “The FLXdrive battery-electric locomotive is a bold step toward a low-to-zero-emission locomotive future.  We continue working on solutions that cut the overall carbon footprint of the industries we serve through the development of low-emitting locomotives like the FLXdrive, and the use of alternative fuels such as bio-diesel, renewable diesel and hydrogen.”

Roy Hill is a world-class iron ore operation and the largest single ore mine in Australia. Situated 344km south east of Port Hedland in Western Australia’s mineral rich Pilbara region, Roy Hill is an independent iron ore operation with local majority ownership and chaired by Mrs Gina Rinehart. With integrated mine, rail and port facilities producing more than 62Mtpa, Roy Hill is one of the world’s major resource-based operations, which will deliver enormous benefits to the broader community for many years to come. Roy Hill’s first shipment of iron ore departed from Port Hedland on 10 December 2015 and has since loaded multiple shipments to its key markets in Japan, Korea, China and Taiwan. Roy Hill achieved many firsts including for its largely Greenfield project, the largest mainland resource debt funding in the world, from 19 of the world’s largest banks, and five Export Credit Agencies. Roy Hill operates some of the largest equipment in the world and in addition to having the fastest ramp up to more than 62Mtpa in the Pilbara, has maintained a focus on safety excellence.

Wabtec Corporation (NYSE: WAB) is focused on creating transportation solutions that move and improve the world. The company is a leading global provider of equipment, systems, digital solutions and value-added services for the freight and transit rail industries, as well as the mining, marine and industrial markets. Wabtec has been a leader in the rail industry for over 150 years and has a vision to achieve a zero-emission rail system in the U.S. and worldwide. Visit Wabtec’s website at www.wabteccorp.com.