Wabtec Celebrates the 1,000th Modernized Locomotive in the Americas 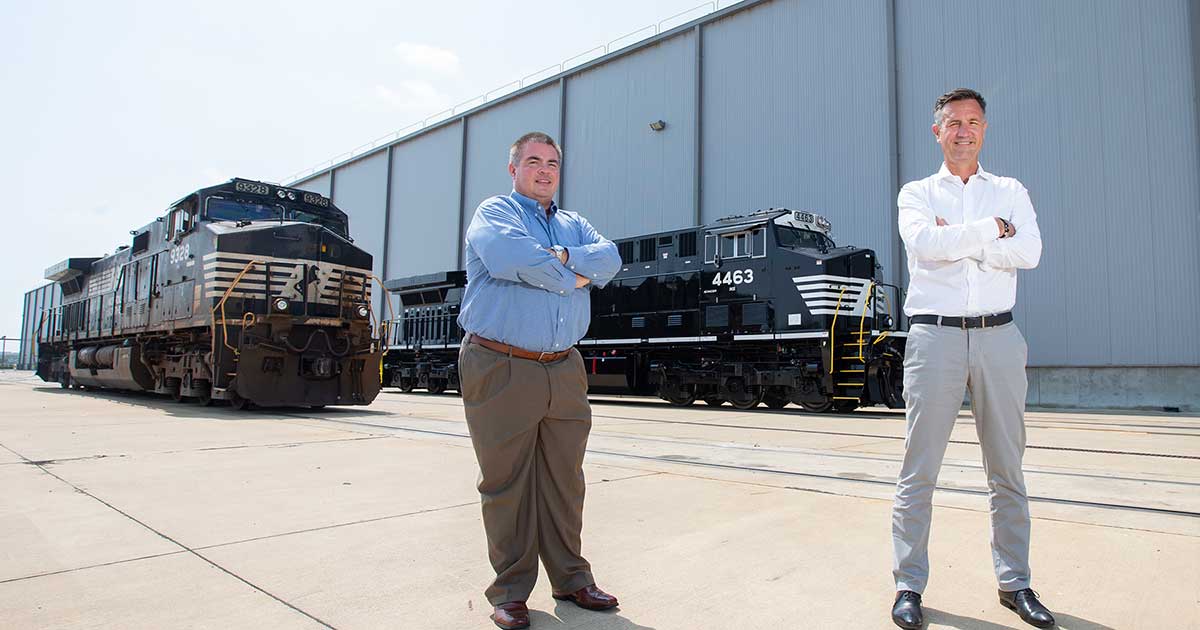 “This achievement is a testament to the value that our locomotive modernization service provides to customers,” said Pascal Schweitzer, President of Wabtec Freight Services. “Our modernization program breathes new life and technological advancements into customers’ aging locomotives, while also reducing a railroad’s operating costs and carbon footprint.”

The modernization program is a key component of Wabtec’s sustainability efforts. Modernizations revitalize older locomotives resulting in up to a 25-percent improvement in fuel efficiency; more than a 40-percent increase in reliability; up to a 55-percent increase in haulage ability; and up to a 20-percent reduction in maintenance, repair, and overhaul expenses. The fuel efficiency benefits of these 1,000 locomotives have reduced carbon emissions by more than 1.4 million tons since 2015. That reduction is the equivalent of removing the emissions from 340,000 cars.

“As a leading transportation provider, it is our responsibility to reduce our environmental impact,” said Tom Schnautz, Vice President – Advanced Train Control for Norfolk Southern. “Our partnership with Wabtec is one way we plan to achieve our target of a 42-percent reduction in emissions intensity by 2034. Wabtec’s program is maximizing the value of our locomotives, lowering operating costs, and reducing emissions.”

Wabtec’s modernization program also reduces emissions by reusing the existing steel on the locomotive through a robust requalification and remanufacturing process. More than half of a locomotive’s critical components are reused, rebuilt, or remanufactured at least three times over their useful life. Wabtec’s locomotive plants in Erie, PA; Fort Worth; and Contagem, Brazil have reused more than 100,000 tons of steel in modernizing the 1,000 locomotives.

“The modernization program has been a tremendous success and has created a new segment in the market. It is now a key pillar of fleet management strategies for many railroads,” said Schweitzer. “That is a tribute to our employees, suppliers and customers. From product development to industrialization, their support was essential in making this service such a success in the market.”

Wabtec’s modernization program updates aging locomotives with customized solutions that range from simple changes like control system upgrades to complex restorations, such as the comprehensive transformation of an aged DC locomotive into an AC locomotive outfitted with state-of-the-art digital technology.

Norfolk Southern Corporation  (NYSE: NSC) is one of the nation’s premier transportation companies, moving the goods and materials that drive the U.S. economy. Norfolk Southern connects customers to markets and communities to economic opportunity, with safe, reliable, and cost-effective shipping solutions. The company’s service area includes 22 states and the District of Columbia, every major container port in the eastern United States, and a majority of the U.S. population and manufacturing base.

Wabtec Celebrates the 1,000th Modernized Locomotive in the Americas